Herring Island was identified in a study by Scenic Spectrums (Williamson, 1989) as a landscape of State significance. Herring Island represents one of the inner suburbs' most extensive areas of undeveloped land with remnant vegetation. Such semi-natural reserves are rare in the inner metropolitan area, and are a particularly valuable landscape unit within this highly developed context.

Situated in one of the lower Yarra's more sinuous meander bends, Herring Island lies between the imposing residential areas and European-style parkland of South Yarra, and the highly developed landscape of Richmond to the north. Prominent landscape features surrounding Herring Island are the SEC terminal, old quarry faces, the BOW depot and the South-eastern Freeway (all to the north); and Como Park and Alexandra Avenue to the south.

Herring Island's distinctive landform is a legacy of post 1934 flood protection measures (the levee bank), and the years of silt deposition on Herring Island. The perimeter levee bank affords interesting views, both externally and across the sunken internal section of Herring Island. It provides an atmosphere of enclosure in this otherwise isolated landscape.

Remnant vegetation, while limited in extent, is fairly diverse, consisting of riparian, woodland and grassland species. Revegetation will enhance species diversity and rehabilitate existing bare or sparsely-covered areas affected by salt and erosion.

Herring Island also offers visual interest to pedestrians, cyclists and motorists from multi-purpose paths on both South Yarra and Richmond sides of the River; and from Alexandra Avenue, part of the Yarra Scenic Drive. Being a large island within an otherwise fairly straight and unobstructed stretch of the Yarra, Herring Island is also a focus for tour boats, rowboats, kayaks and rowing sculls. These craft visually enhance the River views from Herring Island. 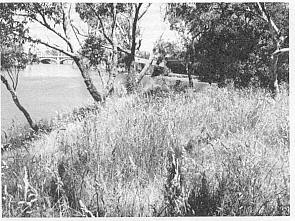 View of the city from Herring Island
Photograph: Noel Ryan

Medium
LA-1
Provide easily accessible viewing points on the mound in the north-east, near the scout building, and at designated points along the levee (Figure 5), ensuring adequate erosion control and protection of indigenous habitat.

High/ Ongoing
LA-2
Consult with organisations such as BOW and authorities responsible for areas which impact on Herring Island's scenic values to protect landscape character.

High/ Ongoing
LA-5
Design and works should be consistent with the 'natural' character of Herring Island, and have minimal landscape impact. 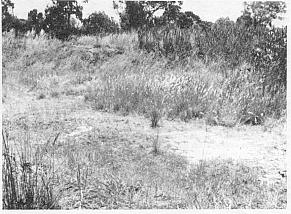